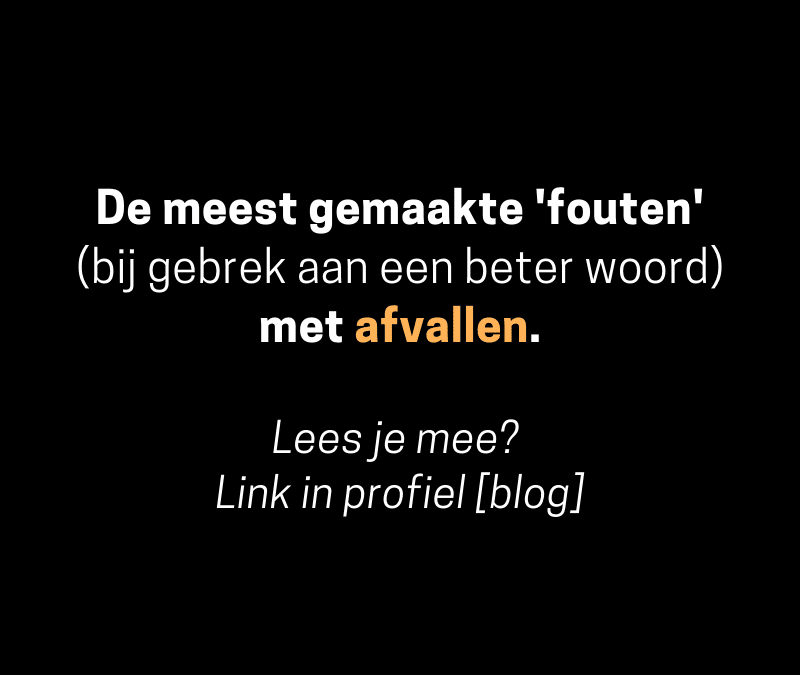 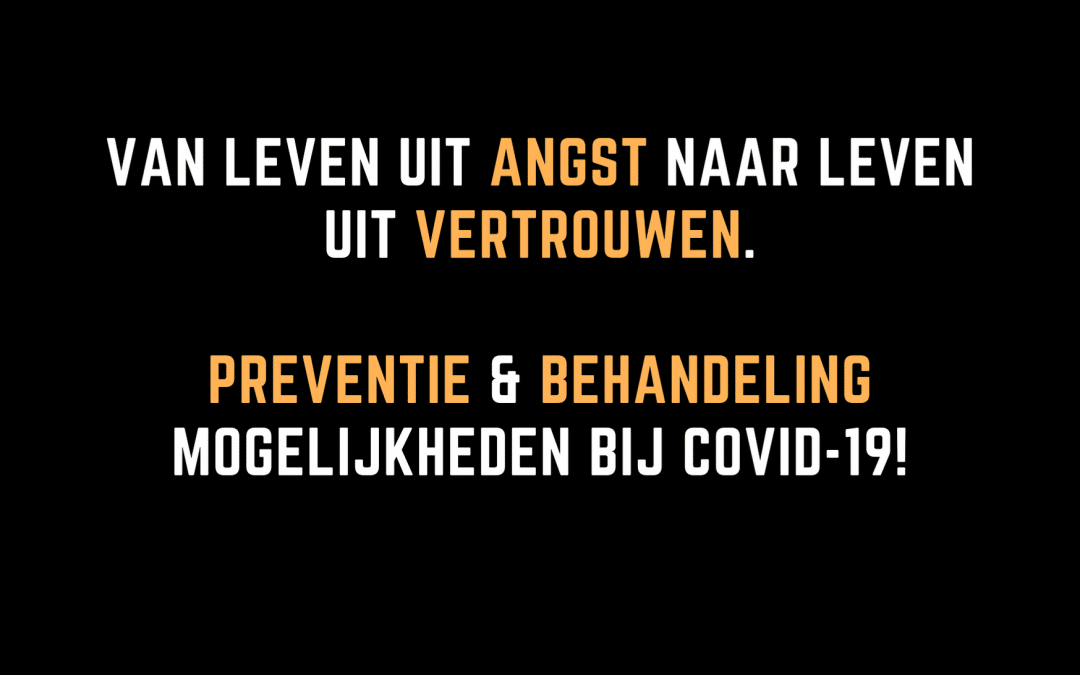 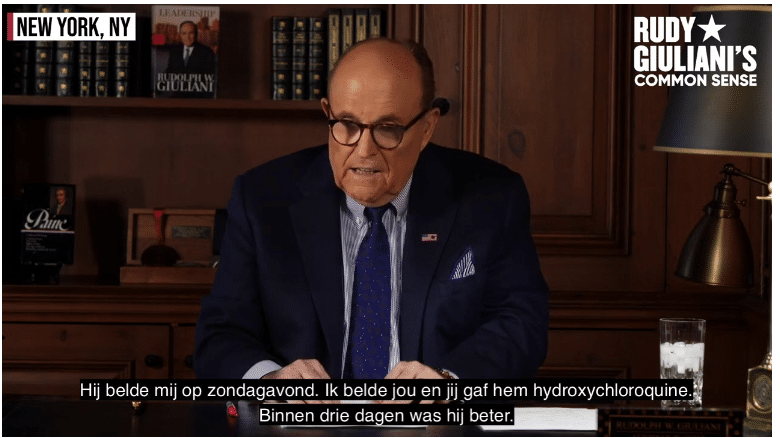 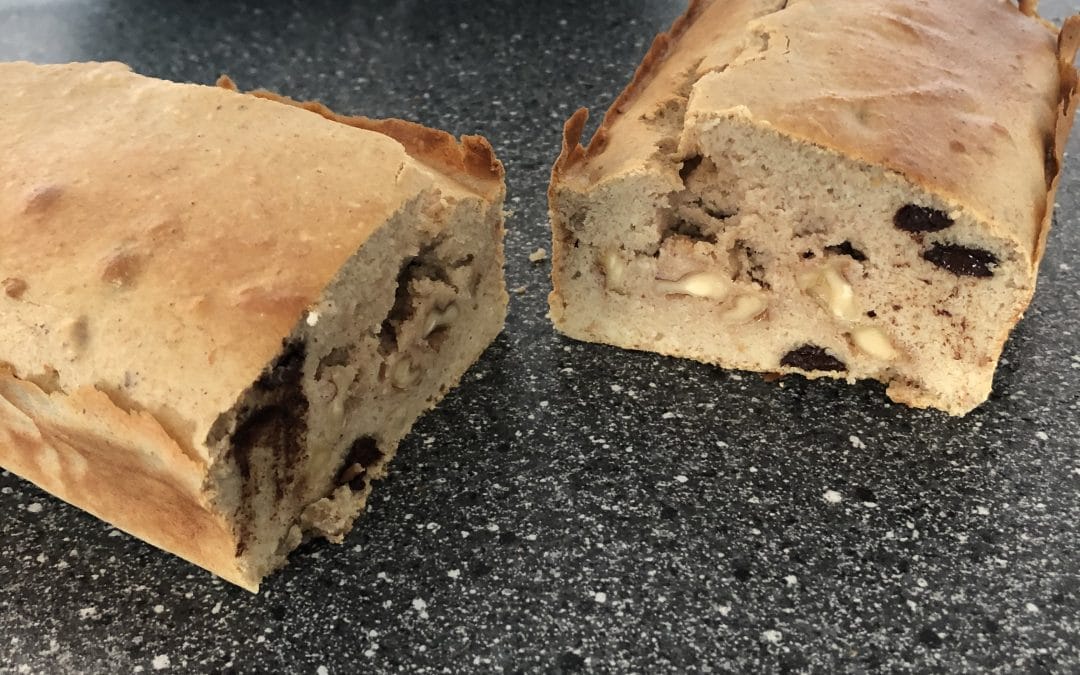 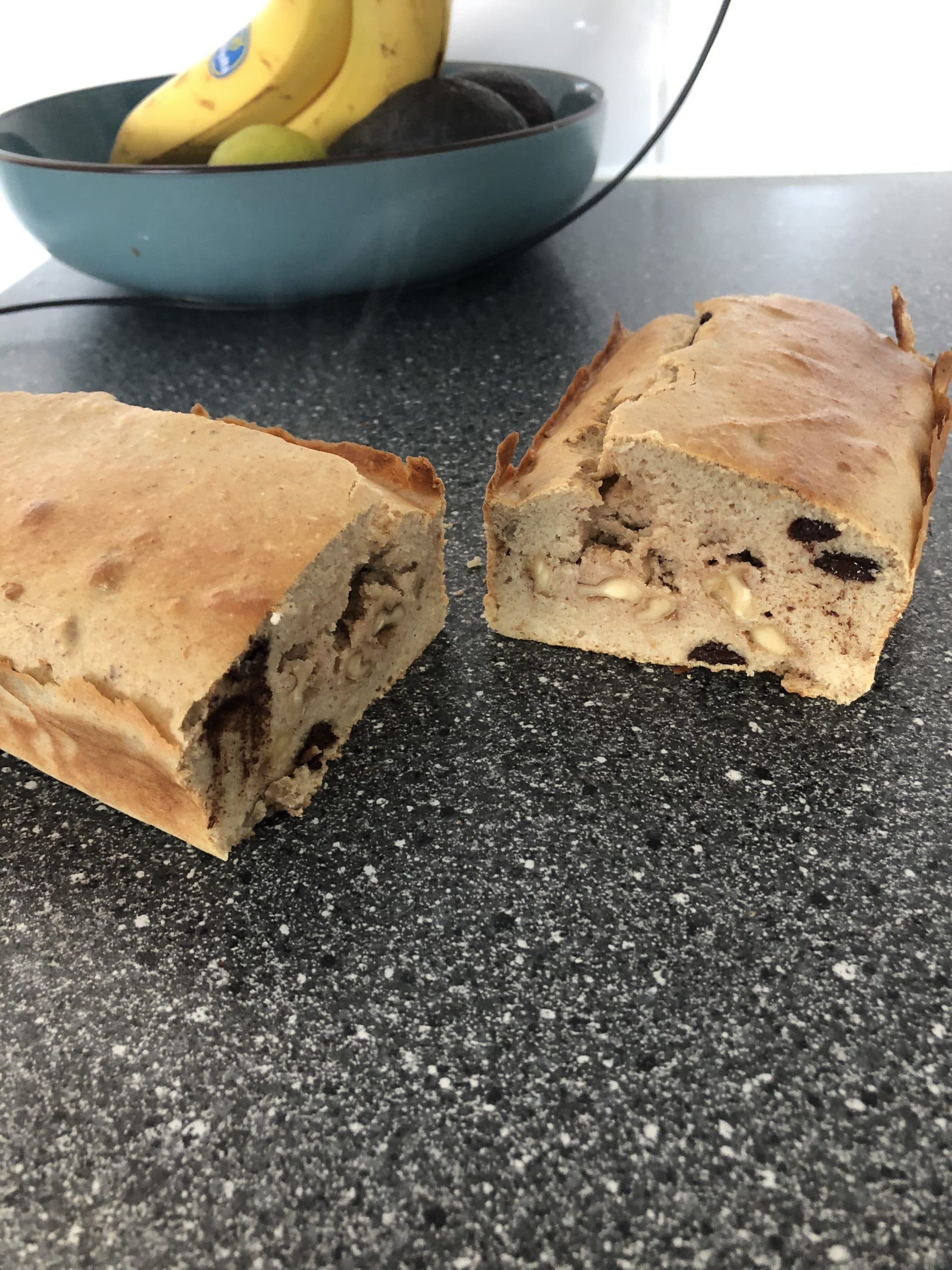 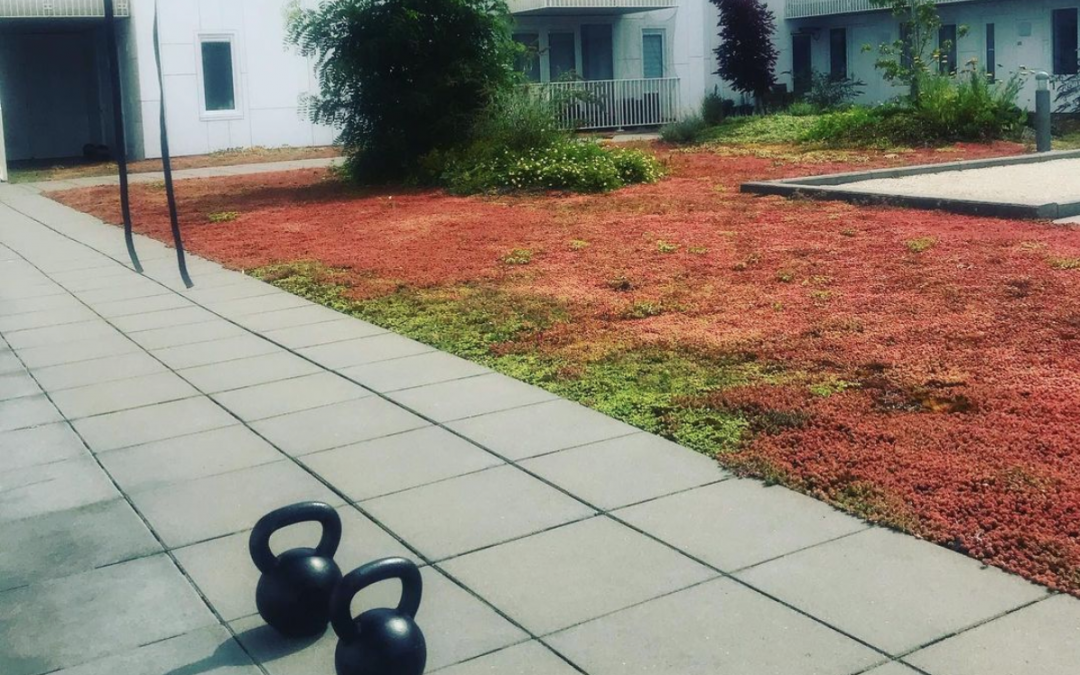 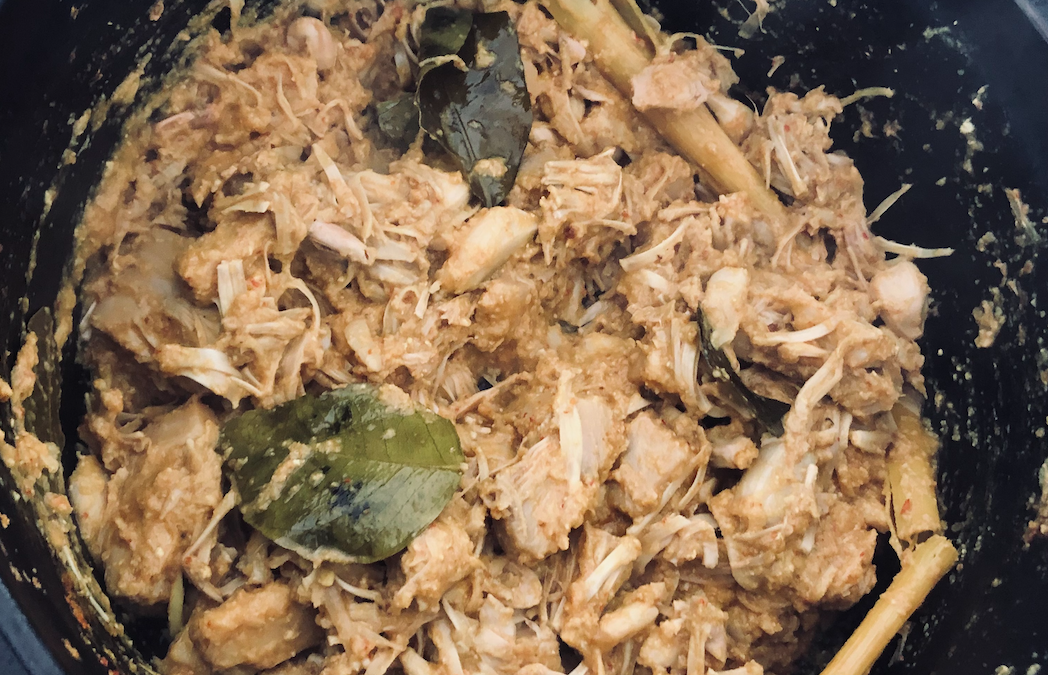 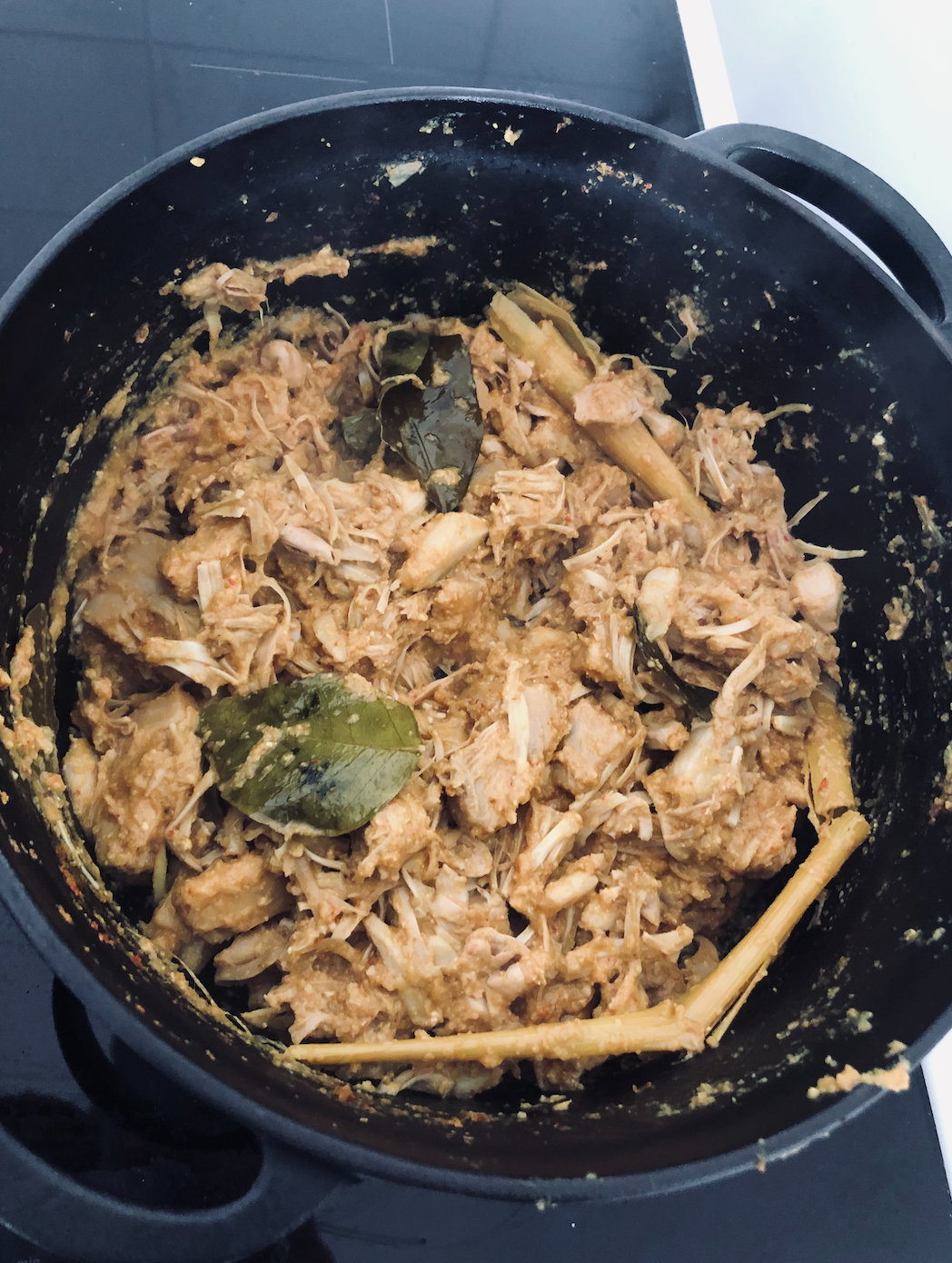 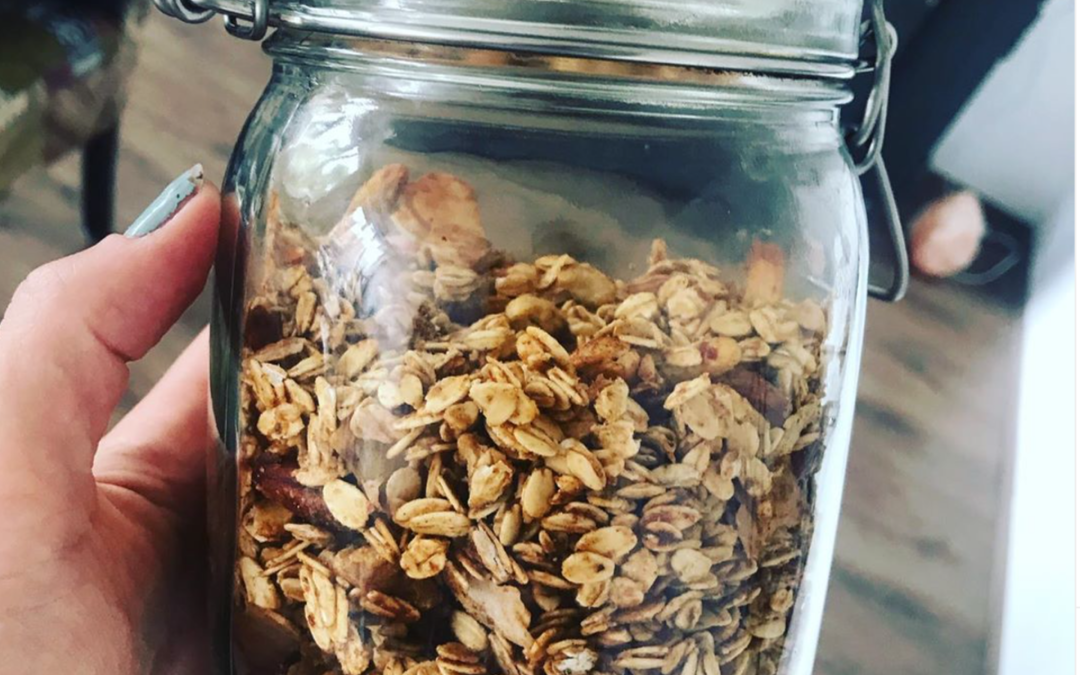 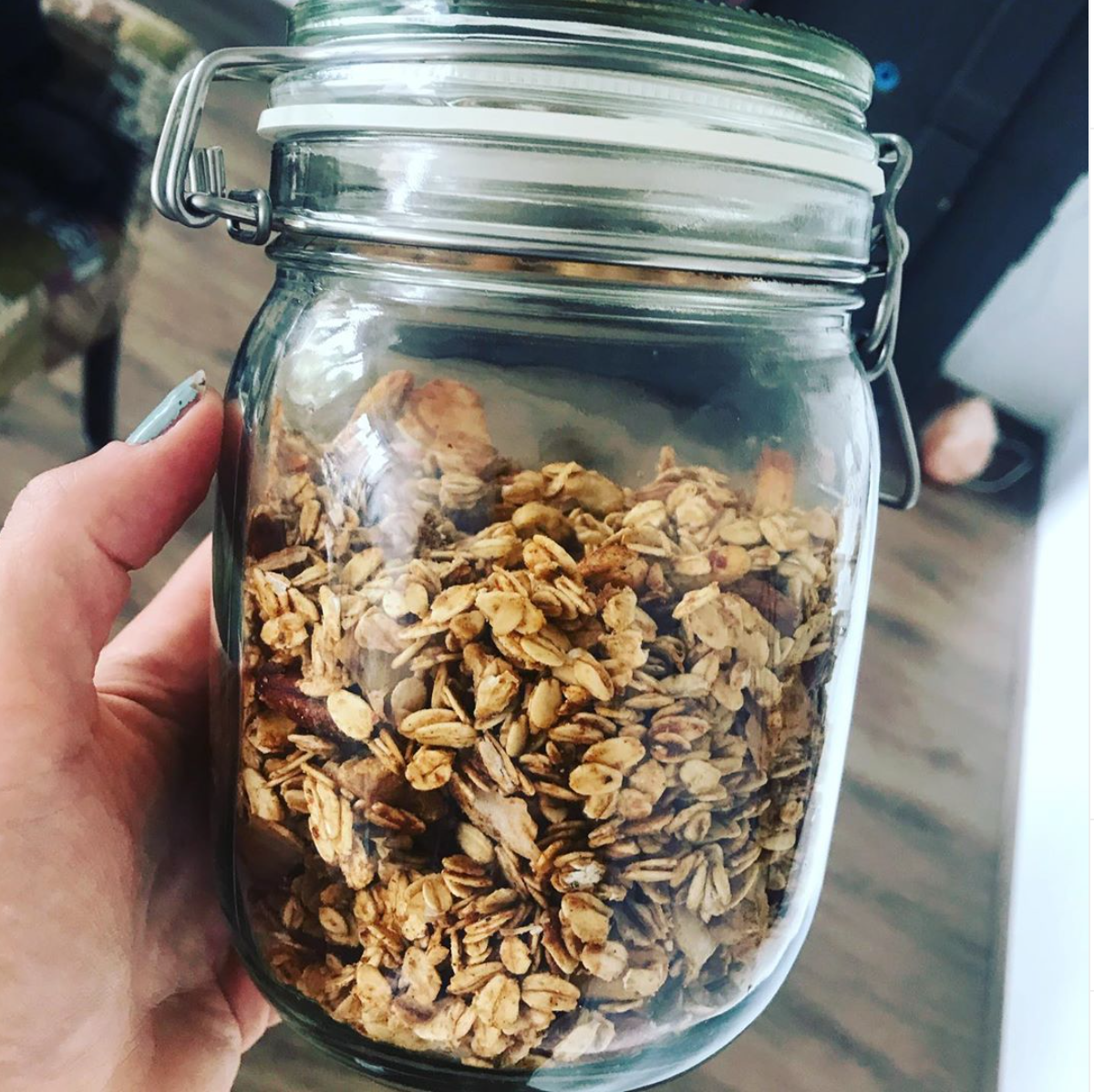 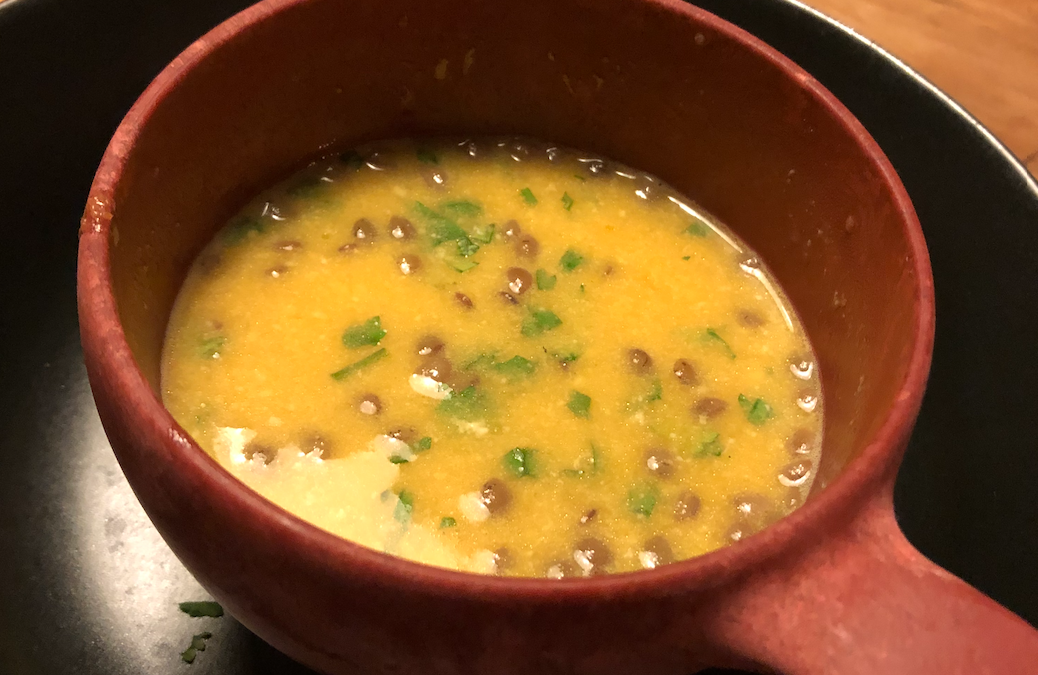 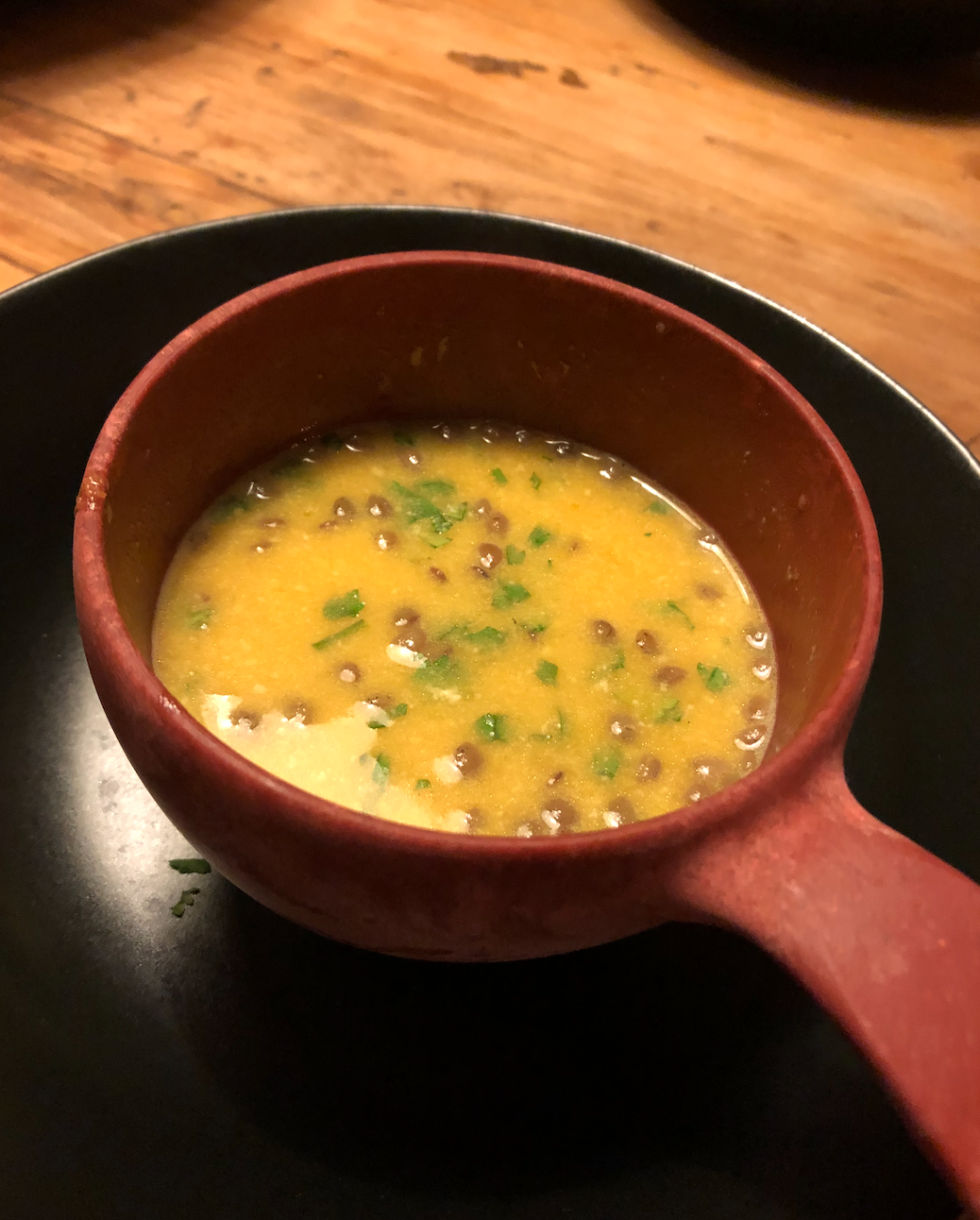 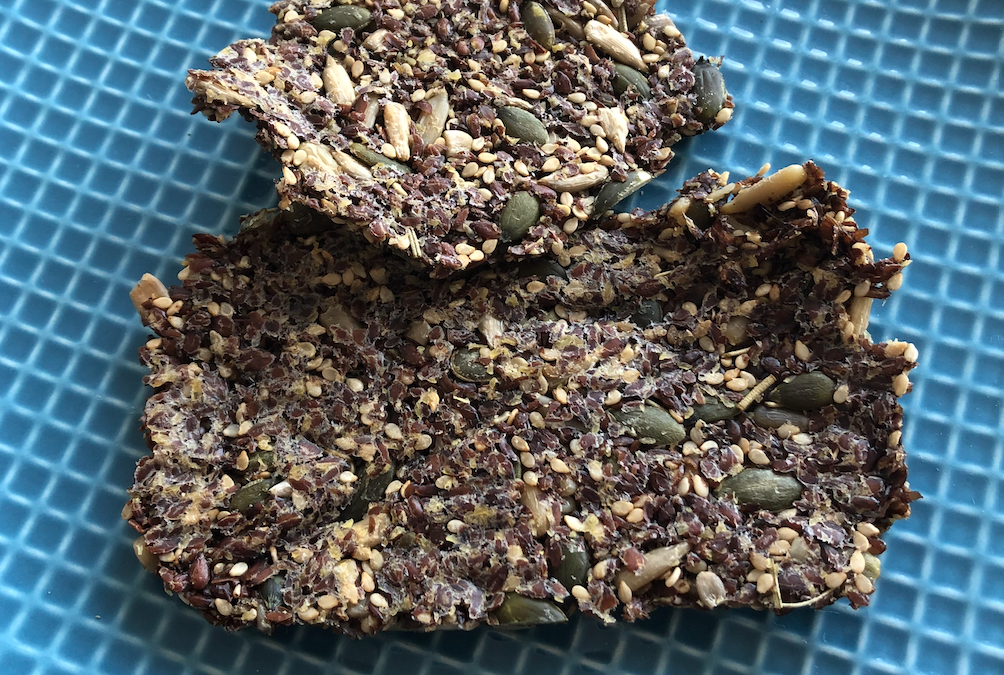 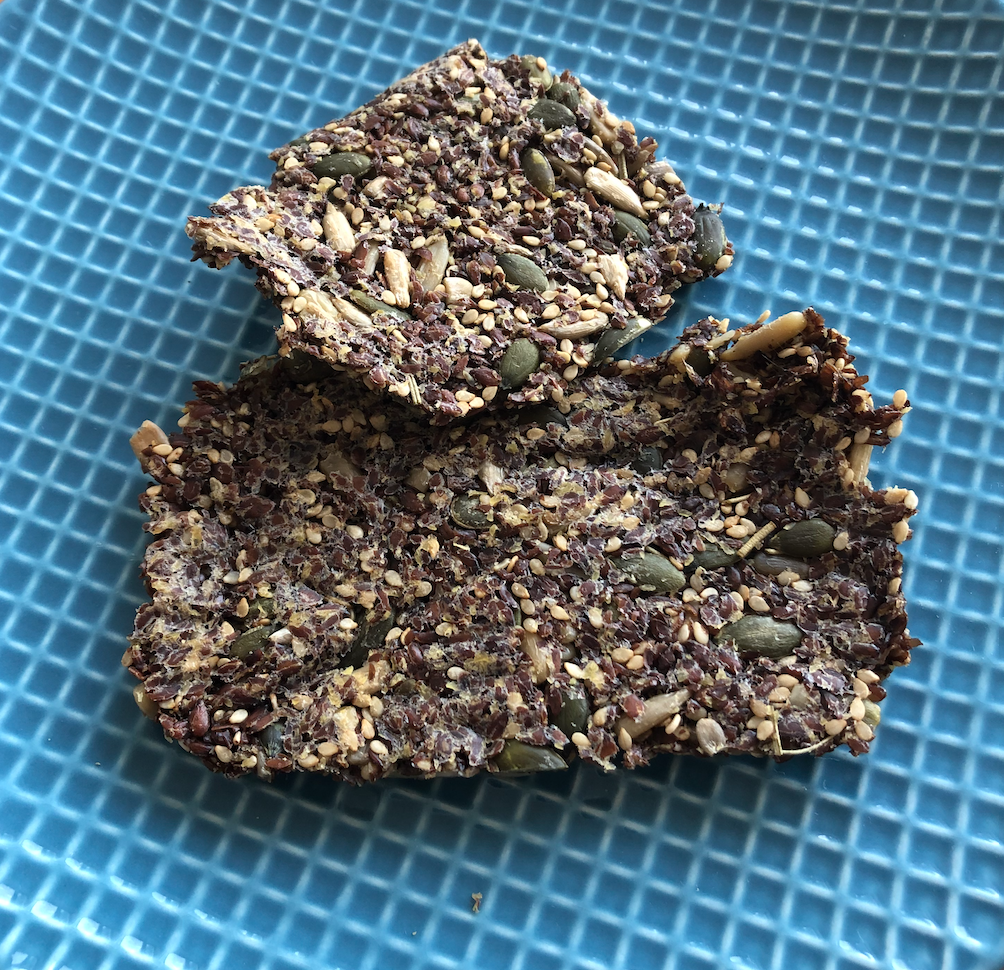 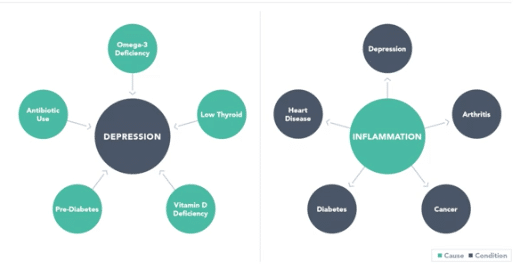 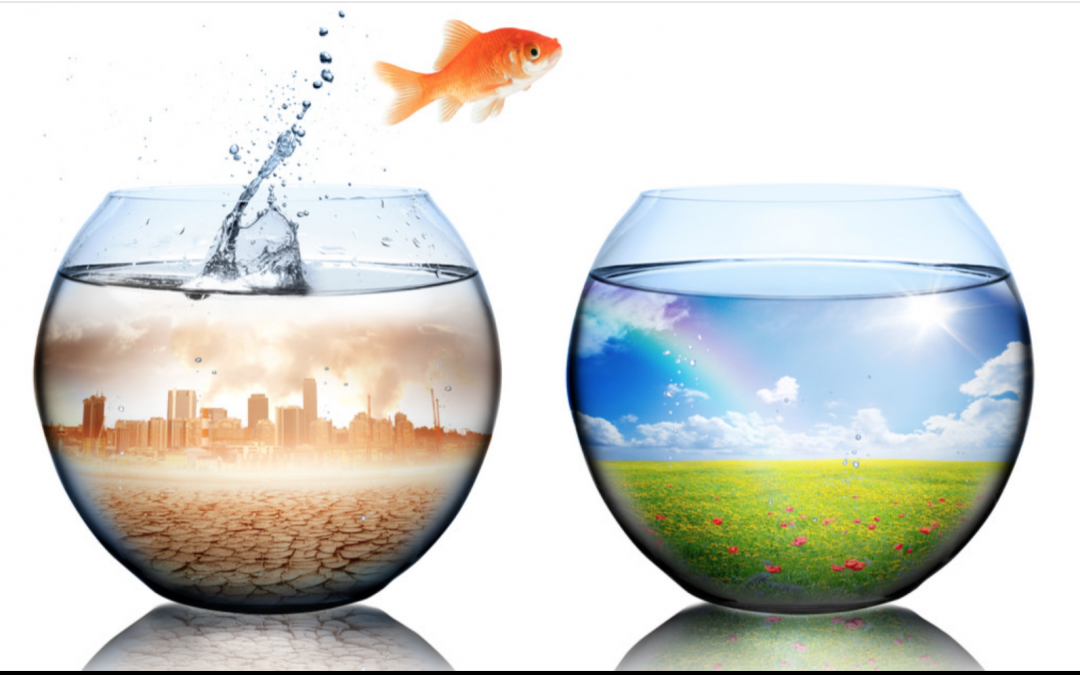 Everyone who has ever owned a pet goldfish will understand this analogy. When the fish gets sick, what is the best remedy? Do we isolate it, vaccinate it and drug it or clean the bowl?

Schools are open again; work and social life are going back to a new normal via staggered steps to prevent a second COVID19 wave. Together we flattened the curve and now we need to continue to build a substantial herd immunity and prevent a second wave of infections and deaths. This is the situation with which we are currently grappling.

The most prevalent and penetrating mainstream narrative is that there is a dangerous virus circulating in pandemic proportions. We have been encouraged to view others as biological enemies and as a source of contamination. The world health organisation (WHO) and governments all over the world have recommended social distancing including degrees of lockdown, handwashing, extreme vigilance, and caution as the best methods to keep communities safe and healthy.

Many of us have experienced loneliness and emotional stress during these long weeks of lockdown. Health also comes from engaging with other people and life doesn’t always thrive in isolation. Your immune system function is also connected to what you think, how you feel and your response to stress. It too has its own internal chemical messengers that are dependent on healthy input from the outside environment.

The best defence is, of course, a strong offence — keeping pathogens from ever gaining entry to your body. But some may still reach our inner sanctums. Could supporting the overall resilience and function of your immune system AS WELL AS preventing exposure be the best formula for lasting resistance?

We want an immune system that can carefully modulate its own behaviour, react appropriately, and display resilience over time. We all have the potential for a smart immune system if we foster the right conditions that support and feed it. When a whole community or population has disease resistance and this type of immune ability, then we will have powerful, smart herd immunity.

How much of a role does our environment both internal and external, play in this immune-risk analysis or is exposure to a pathogen the most critical factor? Perhaps this is an opportunity to look back in history to gain a better understanding of our beliefs which underly illness, health, and biology.

The Germ theory is the currently accepted scientific theory explaining the origins of infectious disease. It states that “germs” or microorganisms invisible to the naked eye are the pathogens that cause illness. Louie Pasteur proposed it in the 1860s and since then the concept of the germ theory, infection and contagion have been the dominant paradigm in medicine.

The modern world, however, is a very different place to the one in which Pasteur lived. Are the assumptions we make about biology, medical science and health still valid or do we need to bust some myths and upgrade our belief software in line with modern discoveries? Our bodies have built-in vulnerabilities nevertheless with the capacity to survive. Or in the world of health and disease is the microbe still king?

Let’s fast forward in time and explore other more recent developments which may shed some light and perhaps give us some answers: The Hygiene hypothesis, Human Genome Project and discovery of the Human Microbiome.

Many bugs can do us harm, make us sick and even kill us. But did you know that other micro-organisms are friendly and maybe our allies in maintaining our health?

I consider the Hygiene hypothesis from the 1980s, a relevant development in this subject of how the presence or absence of microbes can impact our immune systems. It proposed that children in sterile environments develop more asthma and allergies while children with higher germ exposure (for example, from older siblings and rural environments) develop a more robust immune system and have better health outcomes. It makes you wonder whether excessive hand washing, indiscriminate antibiotic use and aseptic cleanliness may do more harm than good.

Human Genome Project was conducted from 1990-2003. It was an international scientific research project tasked with the identification and mapping of all the genes of the human genome or human DNA. This knowledge has catapulted the science of genetics and epigenetics into new research and clinical domains. One of the thought outgrowths from this lengthy research undertaking is the concept of the Human Microbiome.

The handwashing, germ-phobic among us would rather not believe that we are constantly surrounded by innumerable invisible micro-organisms. The Human Genome Project surprisingly confirmed that our human genes are grossly outnumbered by microbial genes found in and on our bodies. Scientists call this ecosystem comprising of bacteria, viruses, yeasts, and other organisms the human microbiome.

This microbiome has been found to play an important role in our immune system. Moreover, its biodiversity is proposed to be essential for a balanced and resilient immune system. It is maintained by the foods we feed it and contacts with the outside world. This ecosystem can also be disrupted by the indiscriminate use of antimicrobial agents and other environmental stresses.

Around the same time that Pasteur was making his discoveries, another esteemed French scientist, Antoine Béchamp, proposed a different view. His ‘Terrain theory’ developed into the opposing paradigm of the germ-based doctrine. As the Germ theory became the generally accepted view in medicine, the terrain theory faded into relative obscurity.

In the terrain model, germs are the symptoms and not the cause of disease. Just as a dirty dustbin attracts flies and a barren soil is apt to grow weeds, so a ‘weak terrain’ is more vulnerable to external threats like infections. Béchamp said that to fight illness you need to create a healthy body in which disease cannot develop. He tried to tell us about the microbiome by anticipating the importance of our body’s internal environment or terrain.

Science can be polarised and norms always shifting. On the one side, the conventional crisis care model inspired by the germ theory, advocates ‘kill, cut, and poison’ or in the case of corona ‘isolate and sterilise’. We all give thanks to the many medical advances made and lives saved because of this approach.

But what happens when it doesn’t give adequate solutions? The terrain theory provides a more holistic, ecological model of health and resilience. It is reflected in the growing influence of the ancient medical systems from India and China, as well as the field of Integrative and Functional medicine in the western world.

Why does not everyone succumb in an epidemic and why do symptoms and their severity vary from person to person? What exactly predisposes some but not others to for instance catching and dying from this ‘flu? Answer: your terrain

The irony is that on his deathbed, Pasteur is alleged to have renounced the germ theory and admitted that his rival was right all along…saying ‘The microbe is nothing, the terrain is everything’.

A civilised society naturally protects the sick and vulnerable amongst us. But this does not appear to be enough in the war being waged on many chronic illnesses and COVID19. In general, I propose that harmful microbes be guarded against, but never at the expense of the terrain. If we look as well to the health of our body’s ecosystem and ‘clean the bowl’… maybe, we will not need to indefinitely ‘isolate the fish’?